DAP is now scared of the Raja-Raja Melayu

Politicians are power crazy. Politicians love to fight. Politicians are treacherous and betray one another. Then the Raja-Raja Melayu step in and slap the faces of both sides and send them home, like what happened last Sunday.

The argument as to why Malaysia must remain a Constitutional Monarchy and not become a Republic was made clear. Islam, the position of the Malays, the Malay language, Malay customs and traditions, etc., need to be protected. And the protectors to all these are the Raja-Raja Melayu. 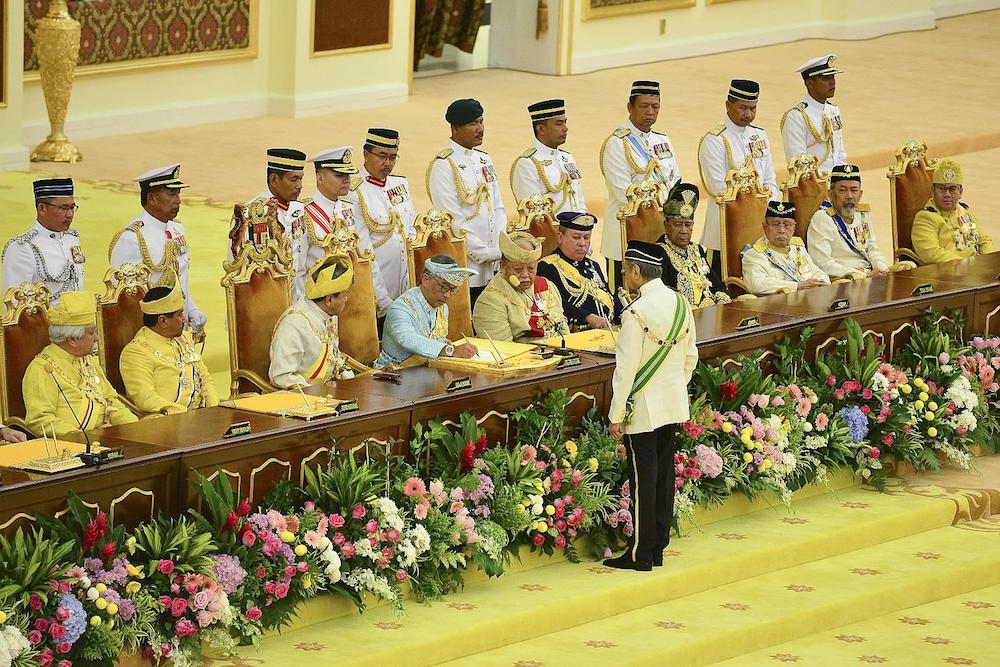 So, the key lies in the hands of the Raja-Raja Melayu, as Tengku Razaleigh Hamzah said back in the late 1980s. Remove the Monarchy and everything else can be brought down. That is why Malaysia needs to remain a Constitutional Monarchy and not be turned into a Republic.

DAP has always disputed that Malaysia has FOUR and not just THREE branches of government. After the Executive, Legislature and Judiciary comes the Monarchy. And this fourth branch of government has certain constitutional powers.

In the Perak Crisis in 2008, the late Sultan played a role in determining the legitimate government. The Mukhriz Mahathir affair in Kedah also attracted palace intervention. In Selangor, it was the Sultan who decided who should be the new Menteri Besar after Pakatan Rakyat ousted Khalid Ibrahim.

Actually, Rulers have been keeping the peace since Merdeka. It is just that the rakyat only realised this since 2008 because of the social media. Most people do not seem to know about what happened in Kelantan, Terengganu, Pahang, Johor, Selangor, Perak, and so on, prior to 2008 when the palace intervened and decided who the Menteri Besar should be.

There was many an occasion when politicians brought the country to the brink of chaos (in the Kelantan crisis they had riots) and the Raja-Raja Melayu stepped in to restore order. But this was done quietly behind palace doors and away from the spotlight.

Politicians are power crazy. Politicians love to fight. Politicians are treacherous and betray one another. Then the Raja-Raja Melayu step in and slap the faces of both sides and send them home, like what happened last Sunday. 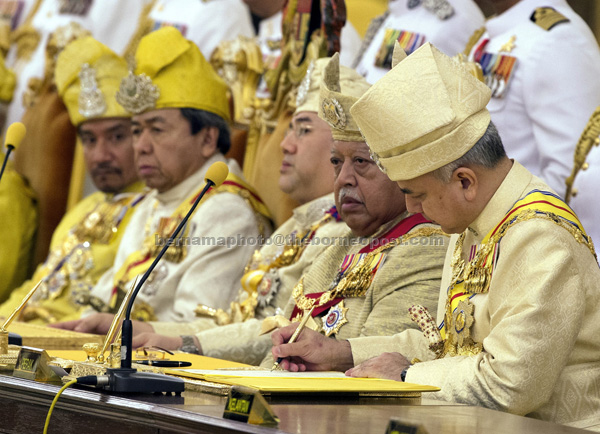 When His Highness the Sultan of Selangor intervened in the Selangor Menteri Besar crisis and decided that Azmin Ali should replace Khalid Ibrahim, DAP was outraged. PAS obeyed Tuanku’s titah and this angered DAP even more. DAP wanted PAS to defy the Sultan like what DAP and PKR were doing.

But PAS refused to defy the Sultan. So DAP closed down Pakatan Rakyat and set up Pakatan Harapan just so that PAS could be punished for obeying the Sultan.

DAP now realises that they cabar the Raja-Raja Melayu at their own peril. Malaysia is a Constitutional Monarchy and not a Republic. And if DAP and their supporters do not like that, they can migrate to the Republic of Singapore and never come back to Malaysia.

And DAP’s press statement below is probably reflective of their realisation that their fight to turn Malaysia into a Republic is a dead-end road. Hence they had better go with the flow and live and let live, or else do not bother to live in Malaysia at all.

1) Within the past 72 hours, Malaysian citizens have seen themselves how Constitutional Monarchy functions within our country.

2) Yang di-Pertuan Agong’s discretion has been exercised impeccably to limit the decision and actions of the Executive.

3) Yang di-Pertuan Agong’s decision to turn down the call for a state of emergency has been well-received by the rakyat.

4) DAP fully supports His Majesty’s decision. All this while, our political enemies have thrown slanders at DAP alleging that the party is against Constitutional Monarchy and wants to abolish the Royal Institution.

5) This accusation is utterly and completely baseless.

6) DAP’s struggles and policies clearly upholds our system of Parliamentary Democracy and Constitutional Monarchy. As such was enshrined within an important DAP document, The Shah Alam Declaration 2012 which prescribes as follows:

To defend our system of Parliamentary Democracy and Constitutional Monarchy with the Yang di-Pertuan Agong as the Head of State. DAP is committed to upholding the Federal Constitution as the most supreme law of the country and to honour it in the spirit of Merdeka 1957 and the Malaysia Agreement 1963.

To preserve the special position of the Malays and Bumiputeras while protecting the rights of other races as enshrined in Article 153 of the Federal Constitution.

To safeguard the position of Islam as the religion of the Federation while simultaneously championing the freedom of other religions to be practised in peace and harmony, as enshrined in Articles 3 and 11 of the Federal Constitution.

To dignify Bahasa Melayu as the National Language as enshrined in Article 152 of the Federal Constitution, while encouraging the use and study of other mother tongues in order to create a society that excels through language diversity.

7) DAP will continue to fight based on the basis of Parliamentary Democracy and Constitutional Monarchy.

8) Let us all defend our democratic system together and reject any attempts to gain power through a declaration of emergency.

Member of Parliament for Seremban